August 28, 2007 is a very special day. It's the day that half of the world could see a full lunar eclipse. And being only one day to two days behind Chinese's Ghost Festival and occurring in early past midnight hours really brings a chilling eerie feel to it. 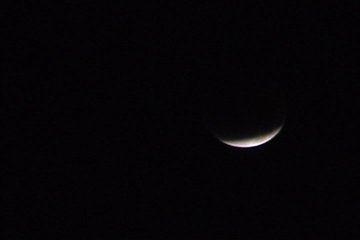 The full eclipse is visible in all of California, all of Hawaii, most of Oregon, parts of Washington, and parts of Nevada. The rest of the North and South America and Asia could only see partial eclipses. Europe and Africa can't see the lunar eclipse at all. Much of the lunar eclipse occurs over the Pacific Ocean, where there are few land masses. Therefore I feel extremely lucky to witness this event.

There is nothing more fun than to sit in my backyard on a warm summer night, watching the ominous disappearance of the moon. And of course, all this fun has to be recorded for memory sake. I chose to capture video of the lunar eclipse. In this article, I will document my experiences, pitfalls, tips, and lessons learned in this article. I hope you'd have as much fun capturing the lunar eclipse as I did.

A tripod is absolutely necessary for filming the stars (or in this case, the moon). Nobody can hold the camcorder for three and half hours straight out in the field. Plus, you wouldn't want unintended motion to break the peaceful nature of the scene.

For filming the bodies in the sky, an astronomy tracking tripod is practically a must have. This tripod generally comes with a high-end telescope. It follows and stellar body in the sky so that the stellar object stays in the place in your video frame.

I didn't have one of these tracking tripods so I was forced to use my faithful Bogen-Manfrotto 3021 tripod with a Boyer-Manfrotto 3055 ball-head. This sturdy tripod has served me well for many years. But I have mostly used it for photography.

When you use a non-tracking tripod for filming the moon, you'd have to track it yourself. The moon is going to move from one end of the sky to the other end, as shown in the video below. So you'll have to reframe your camcorder every few minutes (exact time depends on where the moon is in the sky and how big the moon is on film).

When I started reframing the shot is when I realized why I need a video pan-head. The ball-head is too quick. And provides very jerky motion. Almost every time I retrame, I lost track of the moon. I end up having to zoom out, locate the moon, and zoom back in. In the end, I got a lot of footage where l am bouncing around the sky, looking for the moon (see video below). I am going to edit those segments out. But I won't have to if I had a video pan-head. The video pan- head provides slow, smooth action. And it is exactly what is needed in this situation.

When filming the moon, you'll want to use a digital camcorder that gives you as much manual adjustment capability as possible. Manual exposure is a must. Due to the surrounding darkness, video cameras tend to overexpose the moon, causing the facial detail to be lost. Unless you like a bright white circle in your footage, you'll want to decrease the exposure until you can see some texture on the moon. Manual focus is another must (unless you can keep the moon in the center of the viewfinder all the time with a tracking tripod). Adjust the focus until it is set to infinity. 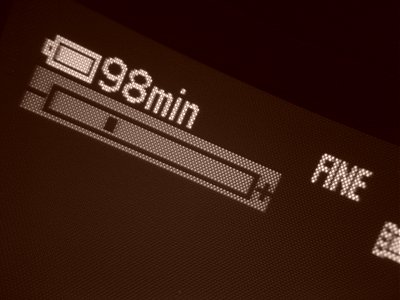 The primary reason is because the DCR-TRV350 has a 1/6" sensor, while the DCR-HC90 has a 1/3" sensor. If you've read my "The Road to Sony DCR-HC90 MiniDV Handycam" article, you'd wonder why I picked the smaller sensor this time when I raved about the bigger sensor. The reason I picked the smaller sensor is because I wanted the moon to show up bigger in the frame. Both camera have the same lens system, because the DCR-TRV350 is half the size, the magnification on the distant moon is twice is powerful. Therefore, using the DCR-HC90 would render the lunar eclipse half the size. That's really how Sony achieve 20x on the DCR-TRV350 and only 10x on the DCR-HC90.

You can, of course, use accessory teleconverter lenses to magnify the moon even bigger. I didn't bother this time because if I did, I'd have to reframe the moon more often. It's already a painstaking task. If I had a tracking tripod, I'd probably make the moon as big as the viewfinder with accessory lenses.

Since I picked a Digital8 camcorder, my storage media is 8mm tapes. Digital8 uses the same DV format as MiniDV, so I'll have no problem transferring the footage to my computer through Firewire.

Each Digital8 tape could store one hour of digital video. I only had one spare Digital8 tape sitting around. And it didn't occur to me that the lunar eclipse could start as early as 1:45 AM and could last until 5:15 AM. Two lessons learned here: 1) do all your lunar eclipse research beforehand; and 2) definitely have enough storage media on hand to film four hours worth of footage.

About 50 minutes into the shooting, I started scrambling for tapes. I know I had a lot of spares. But I couldn't find them. In the end, I managed to find one Video8 tape that could be used in a Digital8 camcorder in a pinch (see "Differences Between 8mm Tapes" article elsewhere on this site).

Of course, two hours worth of storage isn't enough. Luckily I have a second Sony DCR-HC90 MiniDV Handycam ready with plenty of spare MiniDV tapes. I didn't want to change the framing and exposure. Therefore I used a firewire cable to connect the two camcorders together. The DCR-TRV350 served as the video camera while the DCR-HC90 served as the video recorder. It's awesome that two Firewire devices can be connected together.

Cross-Reference
Another option is to capture DV directly to hard disk on your notebook computer. See "Capturing DV with Microsoft Windows Movie Maker" article on how to do that. Keep in mind that each hours of DV takes 12 GB of disk space.

If you are, as fortunate as I was, able to see the full lunar eclipse in your back yard, then you can run an extension cord to your camcorder. You'll never run out of juice that way. But I prefer the convenience of using batteries. That frees me up to set-up the camcorder however I want without getting tangled in wires. And it might be the only choice when you are out in the field. After all, you can't count on being able to shoot all lunar eclipses in your backyard.

I believe the reason they lasted so long is because I conserved the batteries by using the electronic viewfinder, rather than the larger LCD. I've only used the LCD during initial setup, while adjusting exposure, focus, etc. The larger LCD sucks up energy a lot quicker than the smaller electronics viewfinder.

Here is the lunar eclipse video after splicing and post-processing.