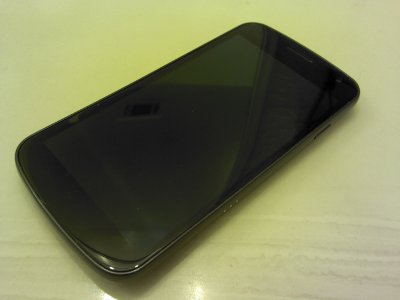 The Samsung Google Galaxy Nexus GT-I9250M is a highly anticipated Android SmartPhone. This high anticipation is due to this camera phone being the first official Google Android phone that features Android 4.0 (Ice Cream Sandwich). Off the shelf, this phone runs the Android 4.0.3 operating system. All of the major U.S. wireless carriers offers a version of this Android SmartPhone to customers. In addition, Google Play offers the unlock version of this SmartPhone for $399. This article focuses on the camera and camcorder aspect of this high-end camera phone.

Google ships out the phone the day after you order it and comes between two to four days. That's quite a speedy process, but you do have to pay about $40 in taxes and shipping.

The Google Galaxy Nexus comes in the typical elongated box that is a signature of Samsung phones. Upon opening the box, I discover the SmartPhone, a battery, a micro-USB cable, an AC charger, audio headphones, and instructions for the phone.

Under the battery, the label shows, "MADE IN CHINA". However, in our hands, the phone feels extremely solid, despite how thin it is compared to other SmartPhones (it's even thinner than the Motorola Triumph). The weight doesn't feel too hefty (135 g). It is easy to tell that the entire exterior of the phone is made out of plastic. Very slippery plastic, because the phone constantly jumps or slip out of my hand like a fish. So far, a day hasn't gone by where I try to pick it up and it doesn't slips and hits the desk. The plastic backing has a grid-like texture that looks frictional in function, but it is really just for show, because it is just as slippery as the rest of the phone. 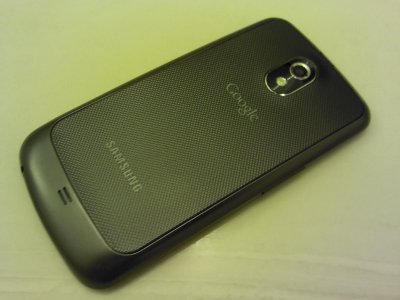 The large 4.65 inches Super AMOLED screen (720 x 1280 pixels resolution) is recessed slightly from the plastic exterior surround. Therefore, you can place the phone face down on a table without scratching the glass. In addition it has a contour display (curved glass) that provides additional distance to the desk surface when placed faced down. All of these traits gives the user the perception and confidence in this top-of-the-line camera phone.

Booting up the phone is no joke. Unlike the Samsung Intercept Android phone, which takes an eternity to boot, the Google Galaxy Nexus boots to the lock screen in seconds. 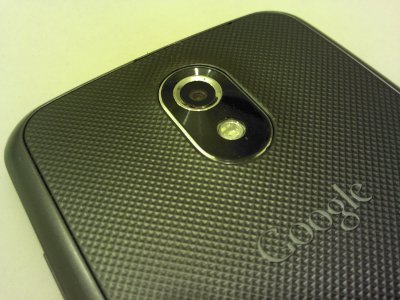 This camera support a zoom function with a slide bar, which is really easy to use. Unfortunately, it doesn't show the zoom range. It is likely that the camera uses digital zoom rather than optical zoom. Fully zoomed in, you can see tons of noise.

The touch focus function emits a loud noise to indicate that focus has been achieved. The shutter also triggers a loud sound when you take a photo. There is no way to turn off or reduce these sounds in the camera app. The only way to disable the sound is to change "Silent mode" in "sound" settings to "Vibrate" or "Mute" mode.

One deficient of this camera phone is the lack of dedicated camcorder launcher icon. The camera app icon launches the camera or camcorder mode, depending on the mode that was last used. This means the lost of photographic or cinematography opportunity when the app launches in the wrong mode. Third party apps, such as the QSC Camera and QSC Camcorder apps, on Google Play could potentially solve that problem.

The primary camera is capable of HD Video recording at 1080p.

Based on the spec, the phone comes with 16 GB internal storage. You have to share this storage space with apps, music, and other things. For most photographers, we understand that there is never a case of too much memory space. Dedicated photographers can easily use up the entire 16 GB of space on one trip. For a phone that came with such a wonderful camera, it's really a pity that the storage space is not extendable. 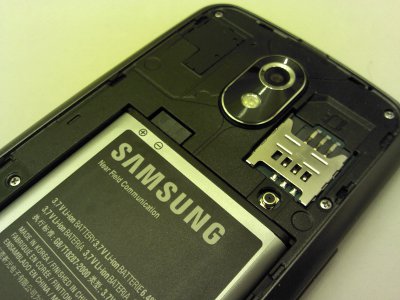 Strangely, the Near Field Communication (NFC) feature of the phone is built into the battery. And not all third-party vendors provide batteries with NFC on it. So far, no one has provided a plausible reasoning why the NFC feature is provided on the battery, rather than the phone itself.

The external casing of the Motorola Triumph is really clean and simple. It only has three buttons (power, volume up, and volume down) and three ports (3.5mm audio jack, proprietary interface contacts, and microUSB port). 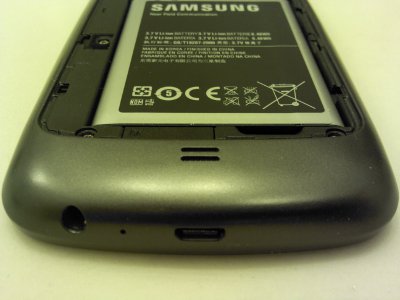 Sadly there is no HDMI port on this phone. It's a real pity, because the dual core processor can be a real power house, if connected to a big screen TV. And a photographer might really want to see photos and video on a large display.