Ever since I was a kid, I have been facinated with the spy world. My brother and I use to try to sneaking around the living room very quietly, while our mother entertained company. Now I fantasize carrying tiny spy cameras around to photograph top secret documents. Chances are I will never come across valuable documents to photograph, but it is still fun to say that I made a spy camera.

The VistaQuest VQ1005 digital camera is perfect for modification into a spy cam. It is small, uses a basic AAA battery, and can store photos on a SD Card. There traits makes it a good candidate for long periods of candisiod work in the fields. But its flamboyant camera look has to go. In this article I will show you how to turn the VistaQuest VQ1005 digital camera into a spy cam.

The first thing to reduce the visibility of this camera is to remove the key chain. Nothing is more eye-catching, then the silver key ring dangling from the tiny camera. Luckily, the key ring is attached via a clip that you can easily remove. Next remove the outer casing by pressing the viewfinder down and pulling the shell away from the camera. The photo below shows the outer shell removed from the camera. 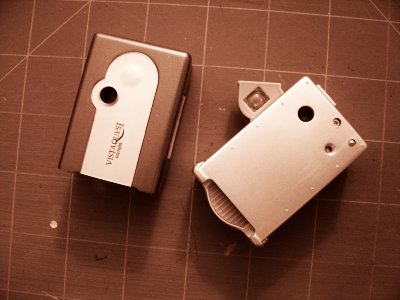 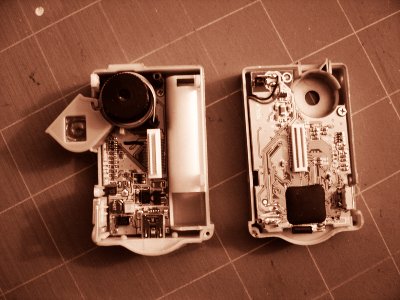 After pulling two-halves of the case apart, the first thing to remove is the useless viewfinder. The viewfinder operates under spring tension, which also holds it in place around the lens (see photo below). Use a pair or pliers to pull the the spring out of the black plastic tube. Then you can slide the viewfinder off the lens. 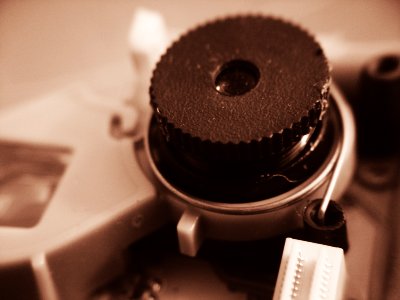 Next, I want to eliminate the beeping sound. It's not much of a spy cam if it alerts people around you while you use the camera. Because the speaker is part of the electrical circuit, cutting the speaker wires could cause the whole digital camera to quit working. But from past experience, the speaker is usually not part of the main circuit loop.

There is a pair of red and black wires under the lens on the other half of the plastic case. Cutting one of the wire will eliminate the beeping output. 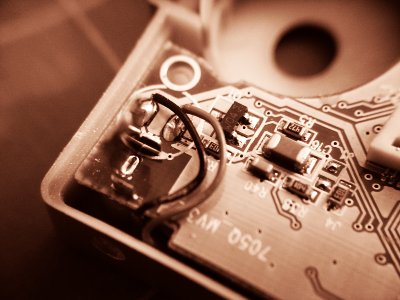 After doing these modifications, you will have a nice little spy camera. The only issue is that it will suck the battery dry when the battery is left in. Maybe adding a power switch to the digital camera will help. Don't try to put the battery in backwards, though, it will just kill the battery.